Friday Quote: "Why The #Occupy Movement Is An Environmental Movement"

Does it feel like we've reached a critical mass of pain? Budget cuts on education and critical social programs that protect the most vulnerable citizens. Climate refugees. The Occupy Movement. As Treehugger points out, F. Scott Fitzgerald said "The Rich Are Different Than You And Me". He was right. TreeHugger should recognize that the 1% are cooking this planet.

Check this biting piece on the relationship between the Occupy Movement and and the environmental movement.

We wrestle a lot with how to cover the #occupy movement on TreeHugger, how to relate it to issues of sustainability, how to make it green. Christopher Mims at Smart Planet gives it a try:

To the extent that Occupy Wall Street and the countless other Occupy protests are unique experiments in setting up off-the-grid encampments with limited finances, but using 21st-century technology, they have unintentionally become an almost unprecedented experiment in seeing just how close you can get to “going back to the earth” without giving up on the accelerating urbanism that defines the modern age. 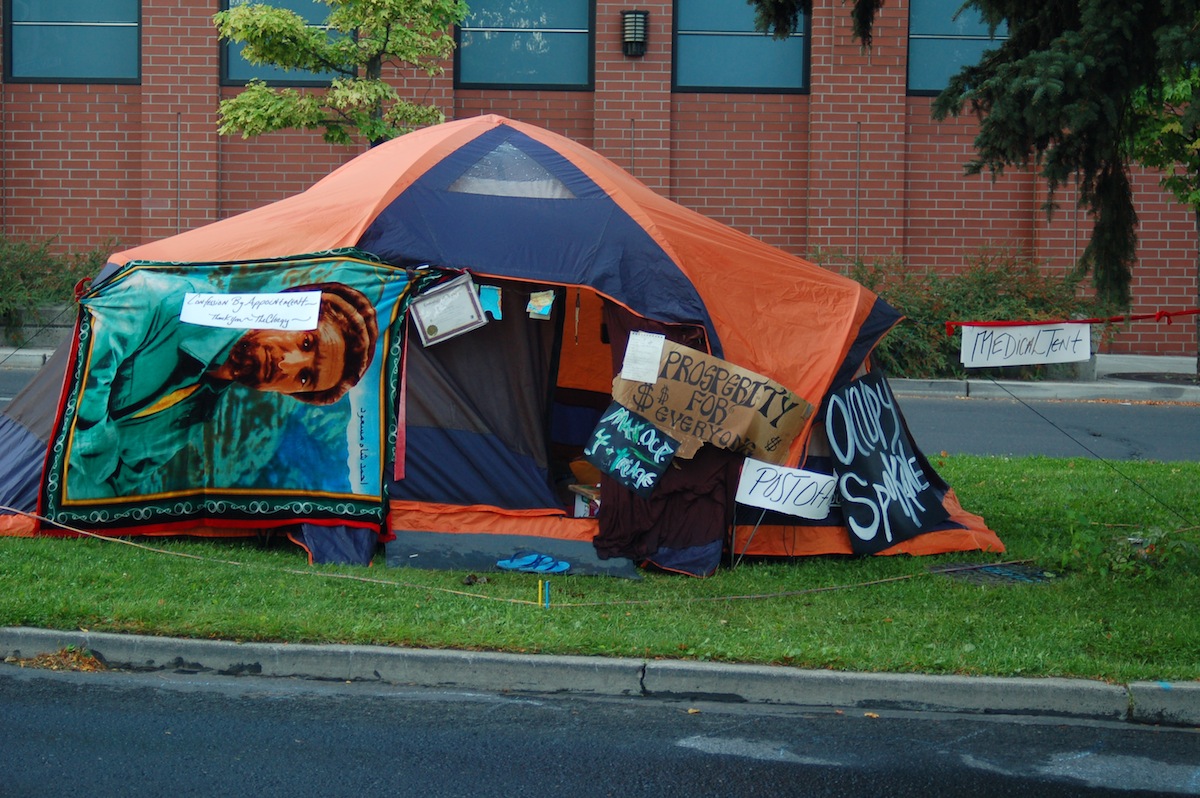 It is an interesting point, but as Mims also notes, these "back to the earth" types for the most part have running water and portapotties. In much of the world there are people living in tents and under sheets of corrugated metal or asbestos, a billion at least in slums, favelas and tent encampments. There are thousands in America living in their cars or in tent cities around the country because they lost their houses or their jobs, when over 18 million houses are sitting empty.